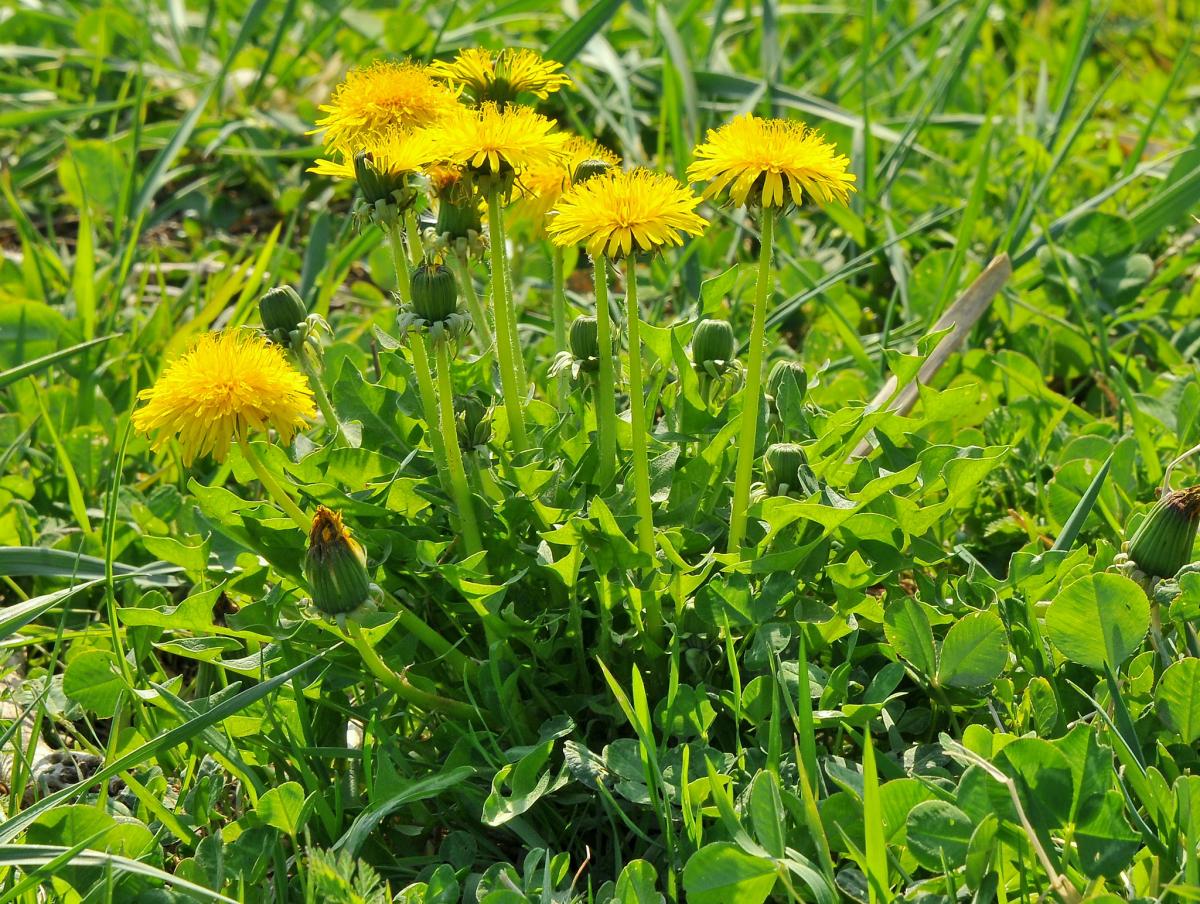 Have you had the chance to go into the field? If so, surely you have been able to enjoy many yellow flowering plants. And it is that yellow is a very common color in nature, since there is a wide variety of pollinating insects that are attracted to it. 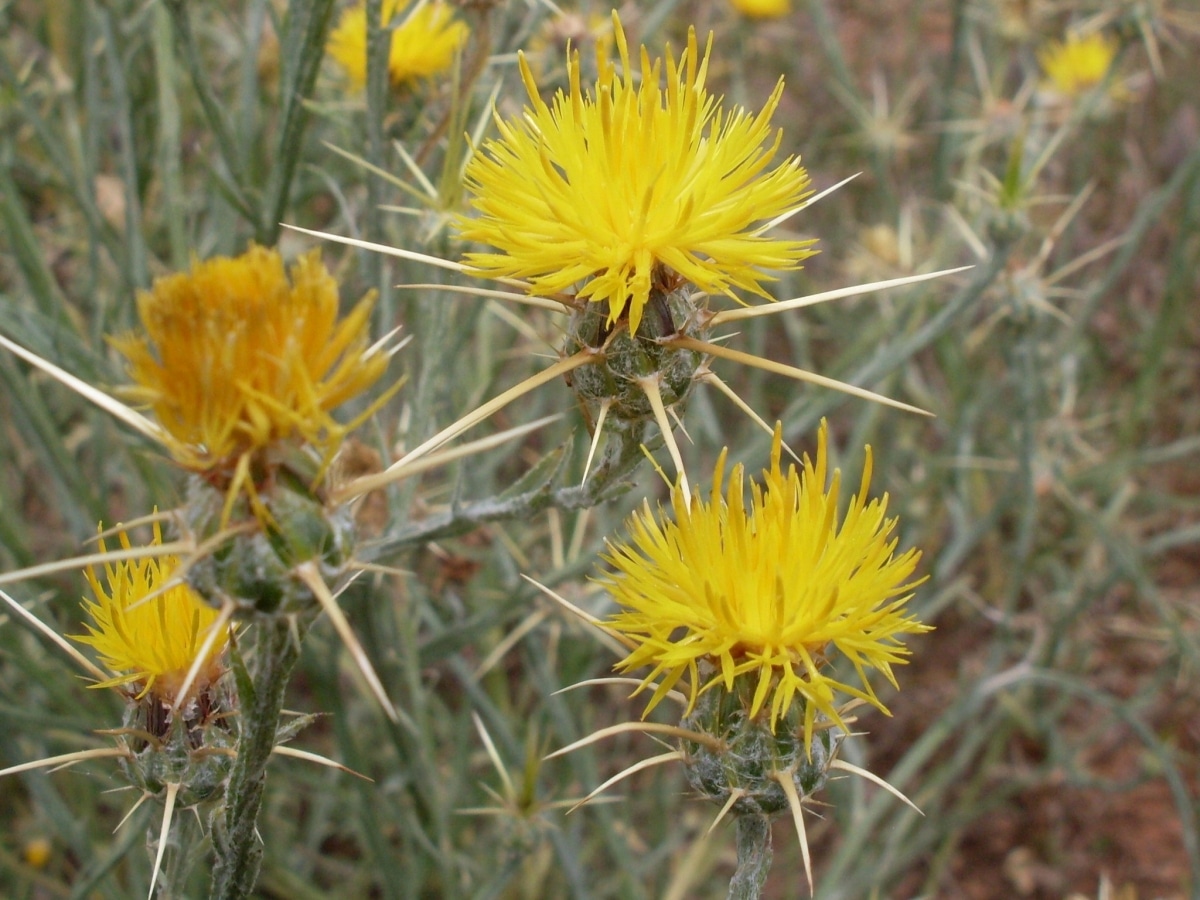 The herb known as abrepuño is native to Europe and in Spain it is found in the Iberian Peninsula. It is biennial, that is, it lives only two years and blooms the second, and reaches a height of 40 centimeters. The flowers are yellow and bloom in summer, usually early in the season. 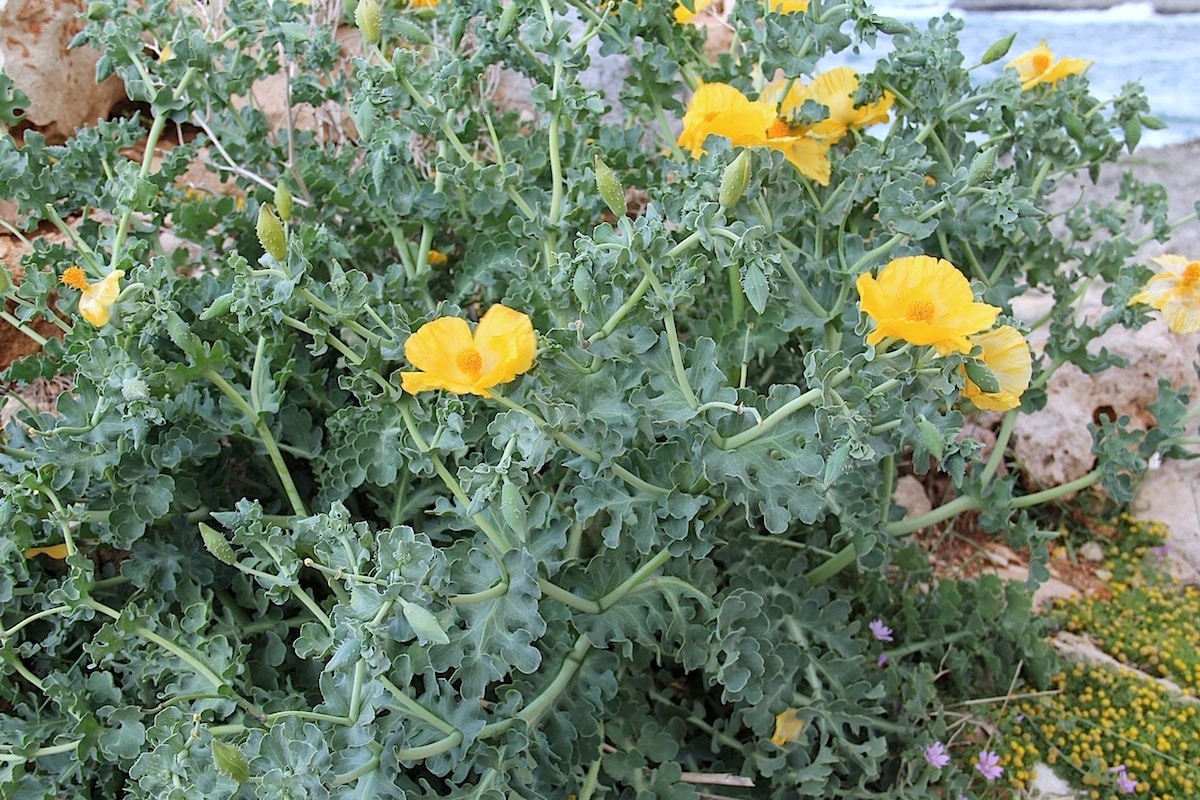 The sea poppy is a perennial herbaceous plant native to Macaronesia to the Caucasus that reaches a height of between 10 and 100 centimeters. Very hairy, it has green leaves and large yellow flowers, which measure about 5 centimeters in diameter. Are they grow for several months of the year, starting in spring and ending in autumn. 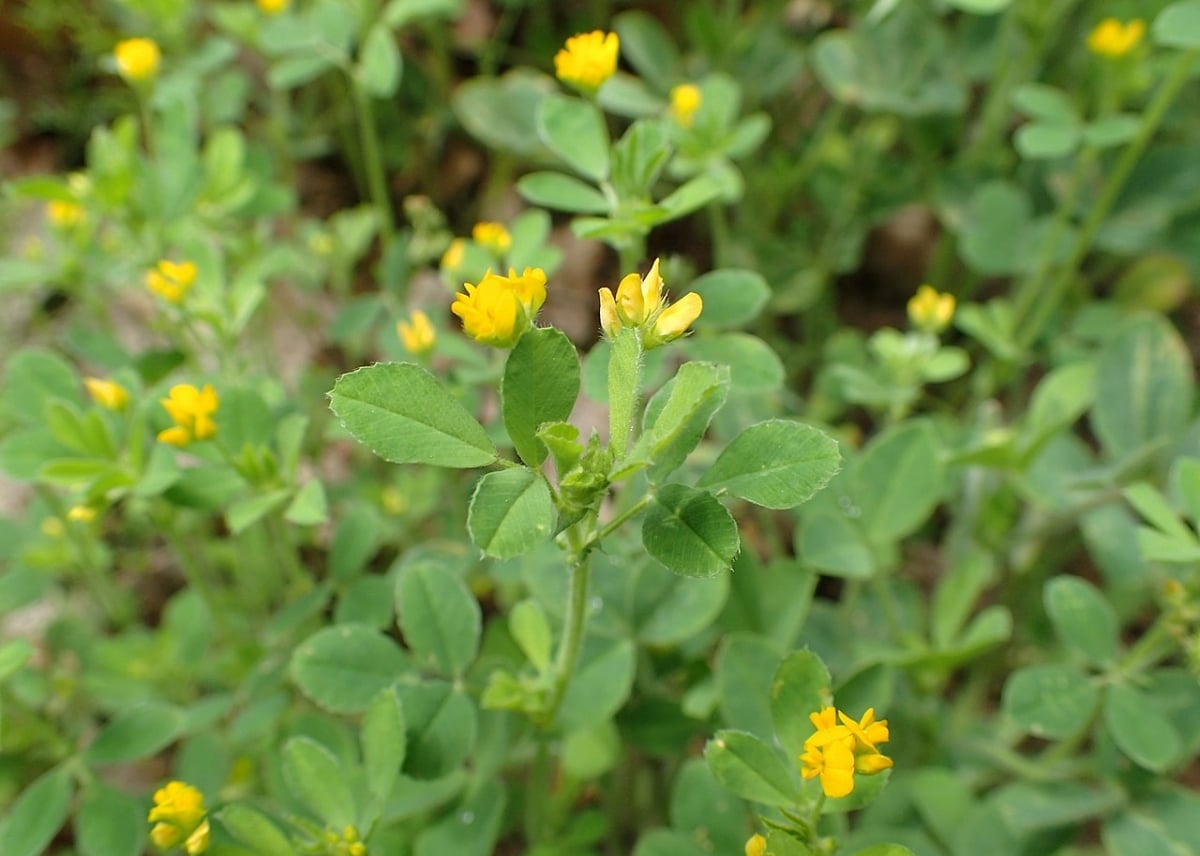 Rainfed alfalfa is a legume native to the Mediterranean region that reaches a height of between 10 and 50 centimeters and develops trifoliate green leaves with finely serrated margins. The flowers are yellow and grouped in clusters in spring-summer. 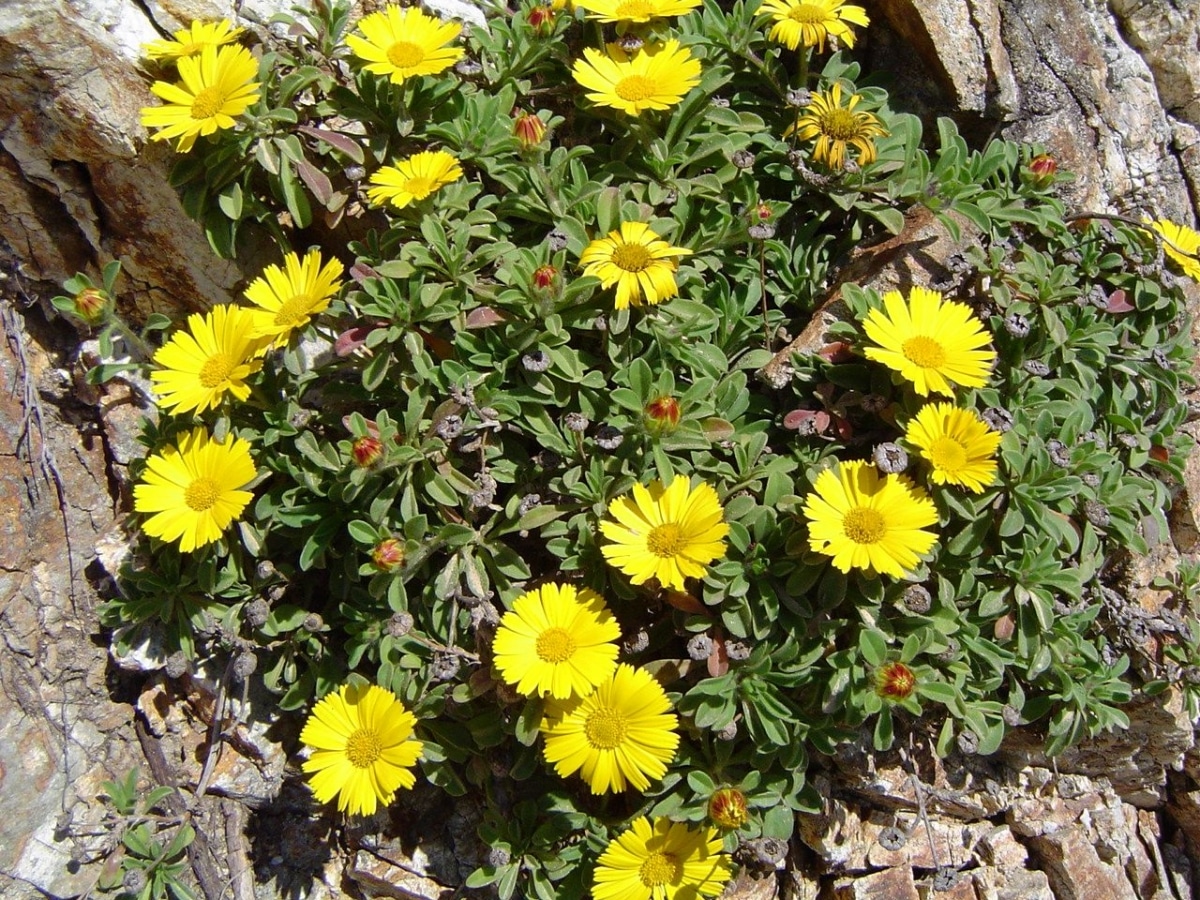 The grass called asterisk is perennial, typical of arid regions and sandy areas of the Mediterranean region. It reaches a maximum height of 20 centimeters and has lanceolate to spatulate green leaves. Its flowering period is from early spring to late summer.. Its flowers look like small yellow daisies 2 centimeters in diameter. 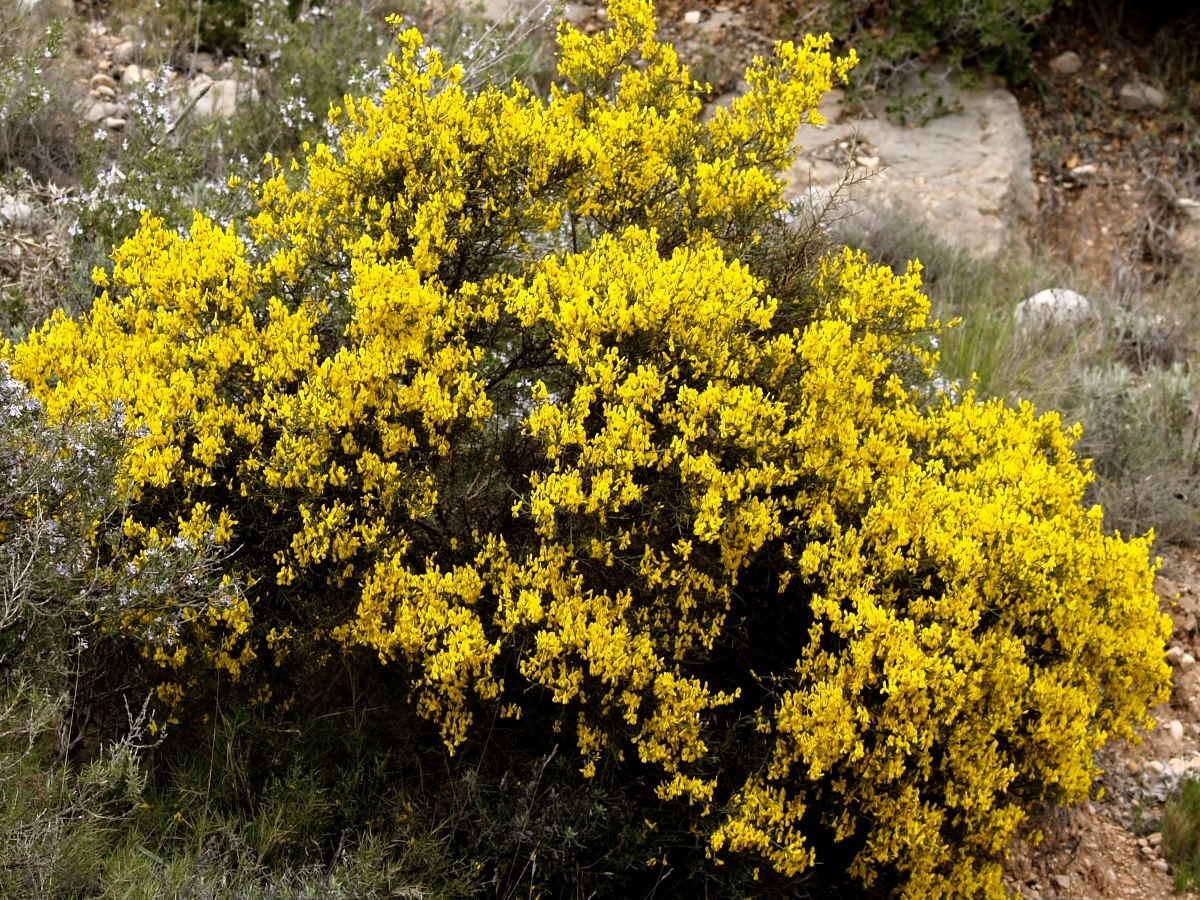 Gorse is a thorny, highly branched shrub endemic to the Mediterranean region. It grows up to 2 meters high, and although it produces leaves, these are very rare, especially in places where there is very little rain.

Flowering from winter to midsummer. When it does, numerous flowers of a very striking yellow color sprout. 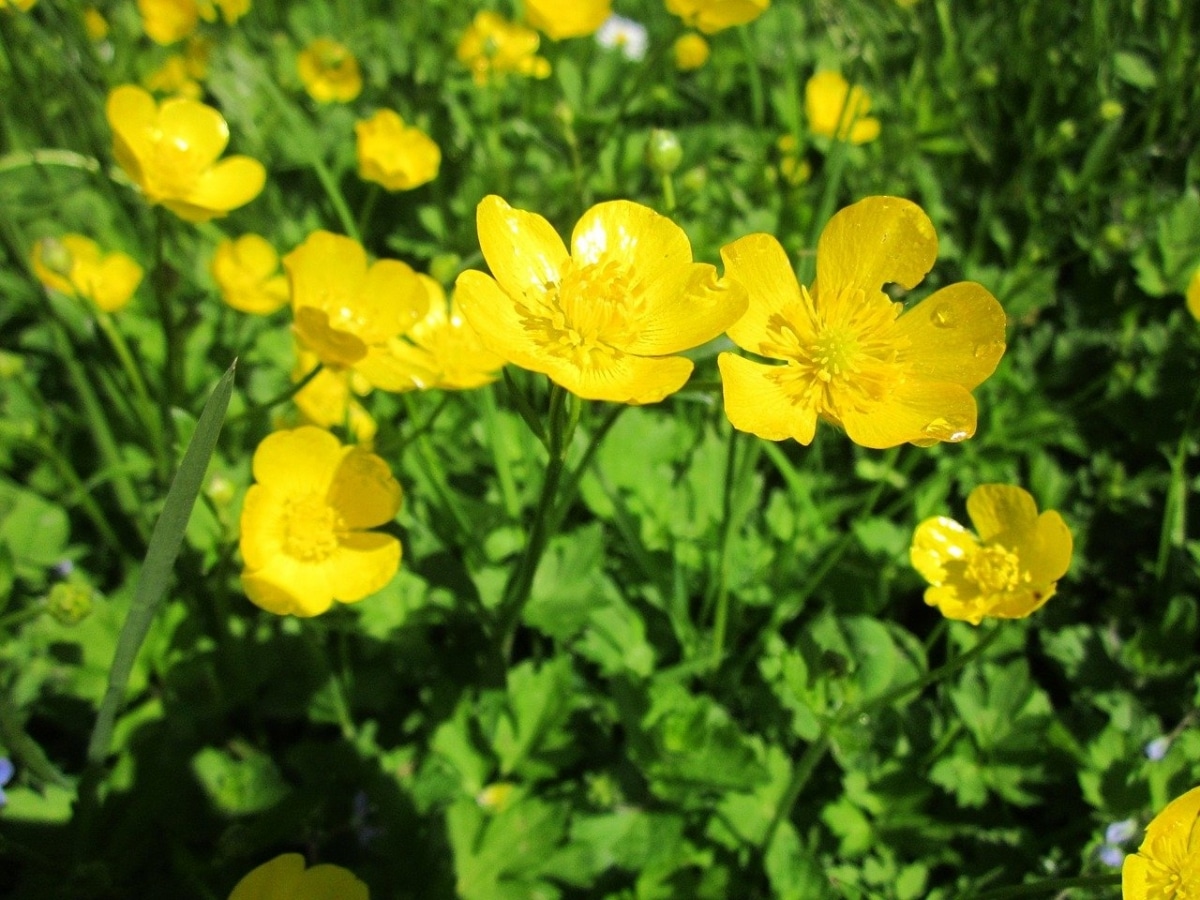 The grass known as buttercup is that which grows in the mountainous regions of Europe and Asia, reaching a height of between 30 and 70 centimeters, and which develops erect stems with palmate green leaves. The flowers are yellow, composed of five petals and numerous stamens, which grow in spring.

It is a poisonous plant for humans and other animals. Therefore, if you see it, you should not handle it unless you are wearing protective gloves or you may end up with blisters on your skin. In addition, you should not consume it under any circumstances, because it is very dangerous. 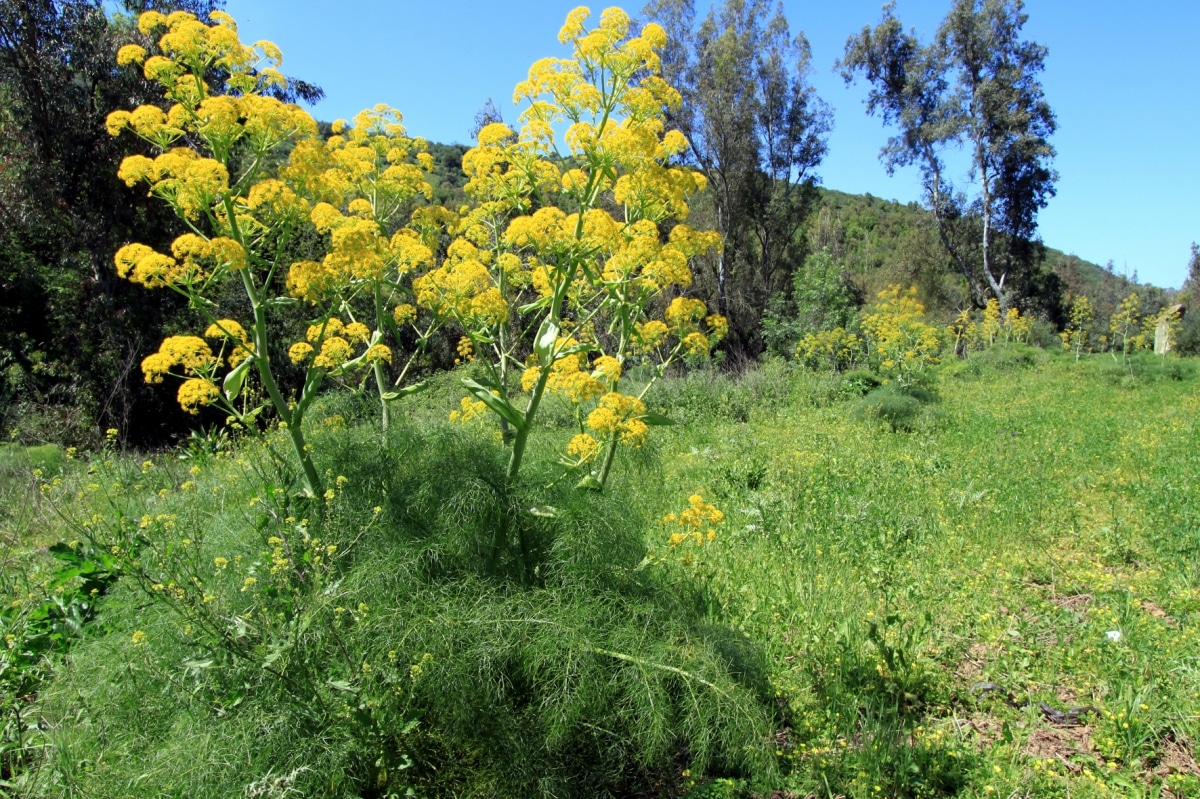 Cañaheja is a perennial herbaceous plant native to the Mediterranean region that develops sturdy stems that can reach 3 meters high by 2 centimeters thick. The leaves are green, composed of 3 to 6 leaflets, and can measure up to 60 centimeters long. blooms in summerand it does this by producing a very tall flower stalk with many small yellow flowers at the top.

Dandelion is one of the most popular perennial herbs with yellow flowers. Who hasn’t blown it during their childhood and/or youth, and seen how the seeds flew away? It is a plant that reaches about 40 centimeters in height, which has pennatipartate green leaves with jagged edges.

Blooms throughout spring and summer, and you should know that it is edible: its leaves are widely used in salads, and the flowers are often used to decorate cakes. It is native to Europe, but it is easy for you to find it in any other continent as it is very adaptable. 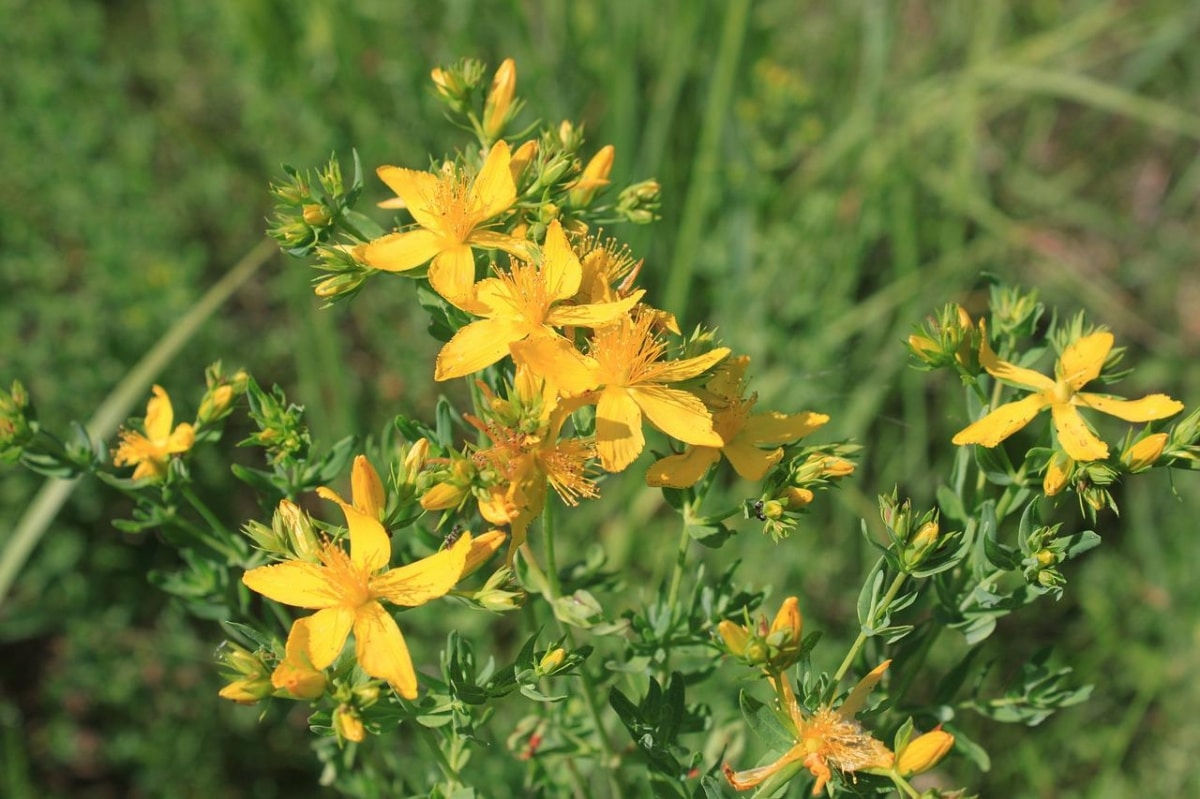 St. John’s wort or hypericum is a perennial plant that grows in Europe, although it has been introduced to other places such as Africa, Asia or America. It reaches 30 to 40 centimeters in height and develops thin stems with small green leaves. Its flowers are yellow, about 1 centimeter wide and bloom in summer.

It is a plant that has several medicinal uses. For example, it’s anti-inflammatory when applied to wounds, and is also used to treat depression and anxiety. 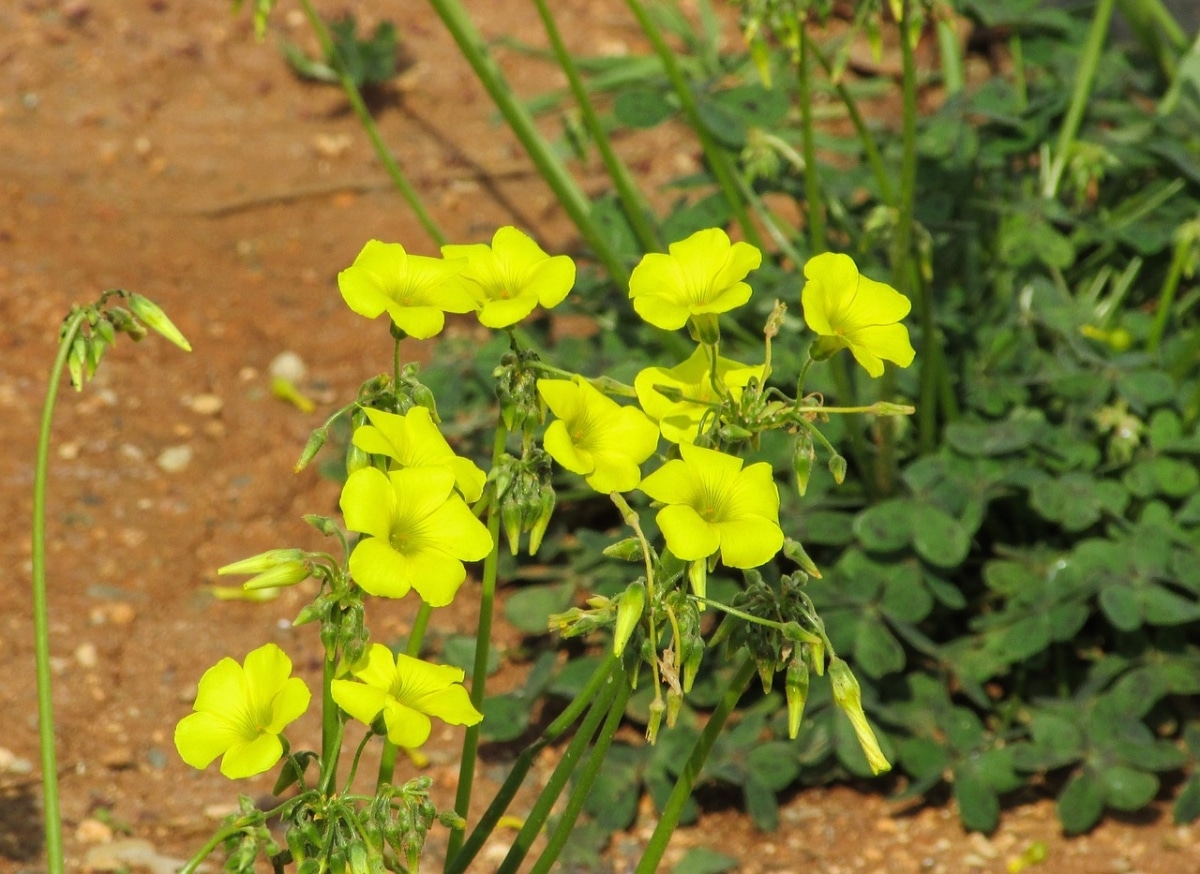 Vinagrillo is a perennial herbaceous plant native to Africa and Europe that reaches 40 centimeters in height. The leaves are green and trifoliate, that is to say composed of three leaflets. Its flowers bloom in spring-summerand they do so grouped in inflorescences called cymes.

Although not considered edible, the sap has a pleasant flavor.. I remember when I was a kid, I would take stems and chew them on my way home from school. But yes, this should not be done if there is the slightest suspicion that a herbicide or any other phytosanitary product has been sprayed on it.

Which of these wild yellow flowers did you like the most?